The crystal pyramid is one of the figures in sacred geometry:

Geometry is a mathematical science that studies relations between points, lines, curves, surfaces and volumes. Sacred geometry designates the art of communicating divine wisdom through geometric figures with symbolic value.

It is an art that has been practised frequently throughout the ages, almost as a language reserved for initiates. Moreover, this form of expression is thought to be beyond the comprehension of mortals, as an approximation of the sacred and profane.

This ancient secret language was used by Greek philosophers and mathematicians such as Plato and Pythagoras. The Greeks assigned values and attributes to matter that they invested with meaning, and within this meaning they defined a relationship to the divine and the world.

The crystal pyramid is a powerful initiatory symbol:

Visualise a mountain… You'll see the form of a pyramid. It was traditionally a symbol of the spiritual centre. The summit of the mountain represented the point of contact between the Earth and the Sky, a place of truth, a passage between the different human and supra-human or celestial states. Visible from everywhere, the mountain symbolised the truth available to all. Your crystal pyramid bears this symbol.

The opposite of the mountain is a symbol that is just as powerful: the cave. Visualise a cave... It is an image of the cosmic world that represents both the Earth and the Sky. It is the source of the development of human possibilities. Plunged into the deepest silence, initiates symbolically perish in the obscure world of current states of being to become reborn in the luminous world of new states. Your crystal pyramid also carries this symbol.

In this form, the cave symbolises the goblet, the receptacle of Knowledge.

The inversion of the triangles could suggest that the cave is only a reflection of the mountain. However, in the most common representations, the centre of the two triangles comes together to emphasise that the reflected knowledge fully matches the original knowledge.

What is a pyramid?

Beyond the geometric definition of a tetrahedron, the crystal pyramid is the symbol of our galaxy. It is also the first of the Platonic solids. It is the simplest volume of creation and the Trinity of the Soul.

The properties of the pyramid:

The biggest and most famous pyramid is the Great Pyramid of Giza in Egypt.

Its waves of forms serve to:

The intention that emanates from this form is AVAILABILITY. A noble intention that comes close to altruism. It is an attitude that involves focusing our actions so they are beneficial to all.

The pyramid is a symbol of stability. As a result, it is the foundation of various traditional constructions such as huts or tepees. But it was also widely used by the great architects: it was the shape of the Egyptian pyramids, the arrows on cathedrals, and our own roofs! Beyond this vertical stability, the triangular shape also provides horizontal stability. Think about a tripod, or a three-legged stool: they never wobble!

In short, the pyramid corresponds to:

The utility of the pyramidal form:

Farming, particularly bio-energetic farming, uses the shape of the pyramid to energise crops. As part of this approach, a pyramid can be used to:

Masaru Emoto, who is known for his work on “water memory” (experiment by Jacques Benveniste, French immunologist, with further work by Luc Montagnier in 2007 on DNA teleportation), conducted a resonance test with glass pyramids.

Mr. Emoto clearly explains that the form is very important for obtaining resonant effects. But all forms do not have the same resonance, since they don't all last as long. Certain forms increase resonance better than others.

The result of his experiment shows that the pyramid shape is particularly ideal. And this can in part explain the exceptional properties of pyramids and the importance of using a homogeneous and continuous matter for their structure.

The crystal pyramid is made of natural quartz. It plays two different notes, which produce remarkable harmonies when struck together. The first musical note is played on the rods at the base of the pyramid. The second note is played on the upper rods of the instrument. When rotated, the pyramid generates an energy vortex that is audible and perceptible, whatever its size.

It sensitivity to energy makes it in exceptional tool for evaluating the vibratory level of a person or place. It will vary in intensity depending on the energy fields that it encounters, which you will be able to clearly perceive, giving you valuable diagnostic indications.

Given its wave form properties, it will rapidly become part of your daily life. But it is also useful in energy therapy, to help induce hypnosis, and to facilitate altered states of consciousness. It is an instrument whose vibrational language encourages us to enter into the quantic dimension of consciousness. 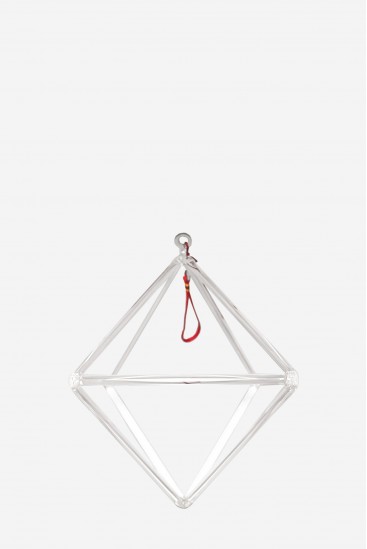 Cristal Vibrasons
(5/5) on 1 rating(s)
€249.00
Activate your self-healing and equilibrium process of your polarities. Double inverted 3D pyramids, pure sound, made with polished natural quartz and welded solid tubes Diameters: from 8’’ (20cm) to 16’’ (40cm) From Very deep sound to high-pitched depending on the diameter 5 different spiral vortexes connected to 5 complementary virtues Color :...
View 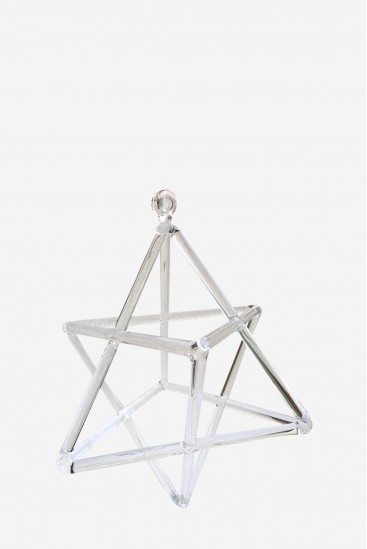 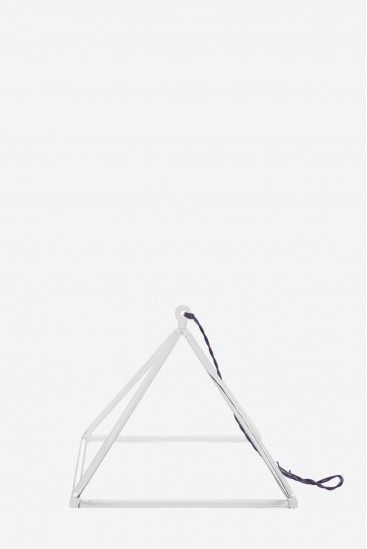 Cristal Vibrasons
(5/5) on 1 rating(s)
€89.00
Meditate with the energy of the origins. The structure of eternal peace. Sound and vibratory 3D pyramids made with polished natural quartz and hot-welded solids tubes Diameters: From 2,75’’ (7 cm) to 12’’ (30 cm) From High-pitched sound to deep tone depending on diameter 5 different spiral vortexes connected to 5 complementary virtues Color:...
View