The vibratory crystal bowl is more powerful than the Tibetan bowl! Let us be clear here, we are not talking about ‘strength’ but about the energetic force emitted, i.e. the subtle complexity of the bowl’s vibratory language.

In physics, force reflects the speed at which work is conducted. In other words, force reflects both the notion of material change in the universe and the duration necessary to enact this change. This is what we are interested in!

The sound, or vibration, which emanates from a crystal bowl generates a transformative wave instantaneously. This fact is corroborated by all that has been experienced with crystal bowls. It is a pure energy which dissolves our limiting emotions, such as fears. It facilitates the access to our calm inner self and the joy of being and also provides renewed vitality! Crystal energy is a truly healing energy. It transforms and liberates.

Its power is inherent to the speed at which our inner being changes enduringly!

The original context of the Tibetan bowl

The so-called Tibetan bowls appeared during the Bronze Age. Bronze is an alloy of copper and tin. It must also be remembered that the Bronze Age was a period of Early History! This era was the dawn of metallurgy! It was to have consequences in terms of the social organisation of human civilisations and the level of their economic development at a period when bartering was predominant. Perfect mastery of the art of fire, which was acquired with ceramics, provided civilisations with the necessary skills for metal-working techniques. Once they had become familiar with the properties of bronze, civilisations would use the resistance of the alloy to create various weapons, tools and daily objects to counter the fragility of pottery and wooden accessories. The Tibetan bowl was, before any sacred connotation, a bowl which served as a food receptacle.

The Sounds of the Tibetan Bowl

These metal bowls appeared in human civilisations several thousand years ago. According to the legend, they were originally introduced to Tibet by nomadic Shamanistic metalsmiths. They were used mainly by Buddhist communities, who knew empirically that the sounds emitted by these bowls possessed powerful healing properties. This is why Shamans, both past and present, include them in a scared dimension of therapeutic virtues.

These sounds are deeply soothing.

Their resonance is very close to the physical plane and we encounter this in a horizontal vibratory movement, which thus expands our subtle bodies. Furthermore, the harmonics which emanate can be of great benefit in harmonising our dissonant inner states.

Metal is an intrinsic energy conductor. We are, in fact, in resonance with this universe due to certain trace elements contained in our bodies. For example zinc, copper, iron, nickel and chrome, etc. The law of resonance, which is a fundamental principle of energy, is explained by physicians as when two waves, vibrating on the same frequency, are attracted to each other.

What about the myth of the 7 metals? Imagine: silver, iron, mercury, tin, copper, lead and gold! Besides the symbolic association with the planets and their particular energy, were Tibetan bowls ever made this way during the Bronze Age? The question remains unanswered even for experts in these wonderful tools.

In any case, we can legitimately believe that if we are still in resonance with these frequencies, new vibratory grids are active today. These grids are, in fact, fields of consciousness.

As the oncologist Dr Luc Bodin tells us, ‘the arrival of new vibrations already reached Earth several years ago! They enable humans to develop new capacities of perception and understanding. However, as with any period of transition, the old structures must be replaced by new ones...’

In addition, our Earth is increasing its vibratory level. This is Schumann’s Resonance. It means that a change in vibration is currently happening on Earth. However, this rise in terrestrial frequency occurs gradually, which allows everyone to adapt to it. It does, of course, impact other kingdoms, be they animal, mineral or vegetable.

Another perceptible element of the current change in the Earth's frequency is the acceleration in the perception of time. This impression is amplified by the fact that we multiply different activities and that we receive an enormous amount of information to process on a daily basis. These different combined phenomena result in the impression that time flies at the speed of light!

Just as the Tibetan bowl was born in the Bronze Age, the industrial revolution was born of coal and that of trade from petrol, we have entered the age of quartz. The technological revolution derived from the use of quartz. It is, therefore, a major mineral in our modern civilisations.

Quartz is an inorganic substance composed of oxygen and silicon. It does not belong, thus, to the carbon lineage! Quartz is a semi-conductor and memorial. It vibrates at frequencies from a tenth of a kilohertz to several tenths of megahertz. It is, in fact, used as a frequency standard in numerous electronic applications!

And of course, we are in resonance with this mineral as we possess it! A human weighing 70kg has around 8g of silicon in their body. We can find it in the aorta, the skin, the thymus and the bones. Silicon also contributes to the working of the immune system. It is closely associated with DNA. In addition, silicon is also thought to act on the epiphysis or pineal gland. On a physiological level, this gland secrets melatonin. It plays a central role in the regulation of the biological wake/sleep and seasonal patterns. The pineal gland has a membrane which captures images, like that of the retina! Furthermore, it is the most magnetic part of the human body and is filled with water, an excellent sound conductor! We can easily guess the scope of the vibratory resonance of crystal bowls on our being...

The Sounds of the Crystal Bowl

The vibratory level of the crystal bowl is very high, due to its composition of natural quartz. Its frequencies enable us to activate what we call our crystalline body, one of our light bodies, the crucible of the being’s crystalline identity.

Their resonance is multi-dimensional. Their energy flow is spiral, like DNA, and spreads in all directions. They re-centre, align and expand all at once. They have an incidence on the physical and particularly the neuro-physiological plane, as well as the mental, emotional, psychic and spiritual plane. The power of the crystal bowl is truly surprising because it is instantaneous!

As a vibratory being by nature, we spontaneously know how to interact with the language of crystal bowls.

Thought becomes clearer, emotions are soothed and the mind recovers an area of freedom, because we enter instantaneously into a different space-time to our waking state! This change in the state of consciousness facilitates the integration of all the vibratory and energy changes of the present. It also helps to trigger the process of self-healing!

The crystal bowl is the sacred instrument of our modern civilisation, for all those who walk the path of the tradition of sounds and that which we have yet to invent...

Cristal Vibrasons
SLT-432
€1,869.00
This box, on a range 432 Hz, is composed of 7 bowls in connection with the chakras - sizes and progressive notes - which allows a tuning at the natural frequencies of the living! Premium quality natural quartz bowls, repolished sandblasted walls, stackable Diameter ranging from 18 to 35 cm in diameter Colors of lotus flowers and yantra in... 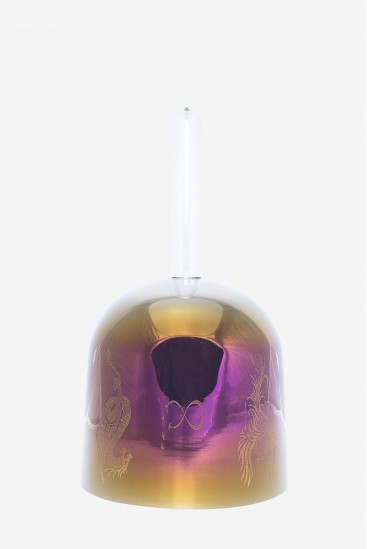 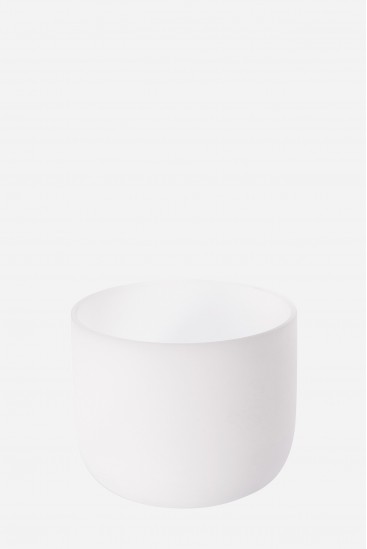 Cristal Vibrasons
(3/5) on 1 rating(s)
€139.00
Pure simplicity for journeys beyond the real world Natural quartz bowl, sandblasted wall From 7’’ (18cm) to 14’’ (40 cm) diameter on the entire chromatic scale for a wide range of sounds and notes Color: white From high-pitched sound (octave 5) to deep sound (octave 3) Note: the notes of the chromatic scale Frequency : 432 hz upon customer request...
View 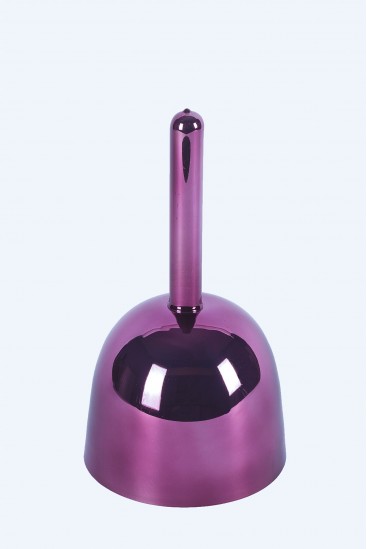 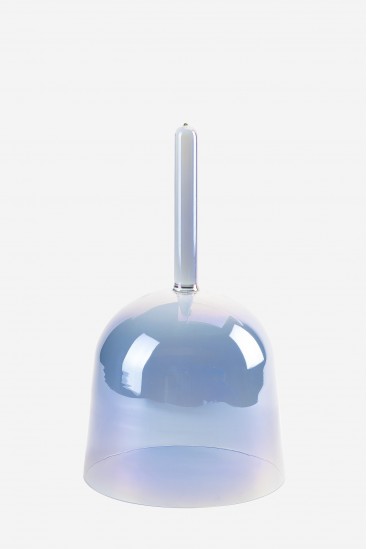 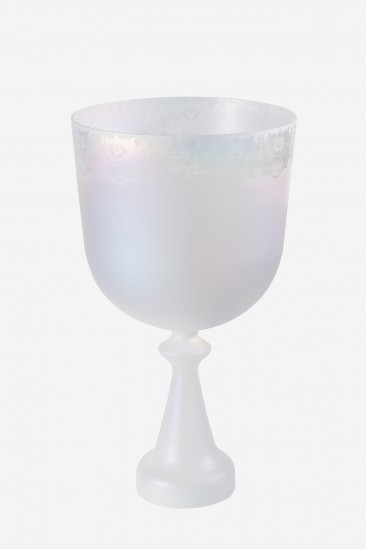 Cristal Vibrasons
€729.00
The depth and lightness at the heart of being is crystal pearl’s promesse Natural Quartz Bowl with handle, warmed and colored by titanium gas 7’’ (18cm) diameter for a deep sound to promote calm and internalization Engraving: Iridescent frieze on the top of the chalice thanks to the titanium gas offering a myriad of colors in the light Medium Grave...
View 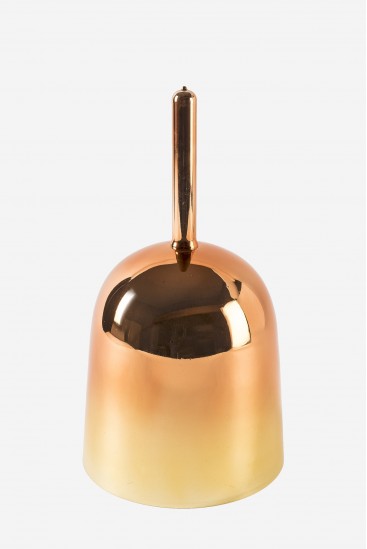 Cristal Vibrasons
TSTor
€309.00
The Stellar Arcturus Orange gives energy to the creativity and helps the radiation of the latter colored by nanoparticles 5" (14 cm) 6" (15 cm) 7’ (18 cm) diameter  Orange color is female chakra one and golden color allows you to connect with the wisdom. Acute (octave 5) medium (Octave 4) Quick spiral
View 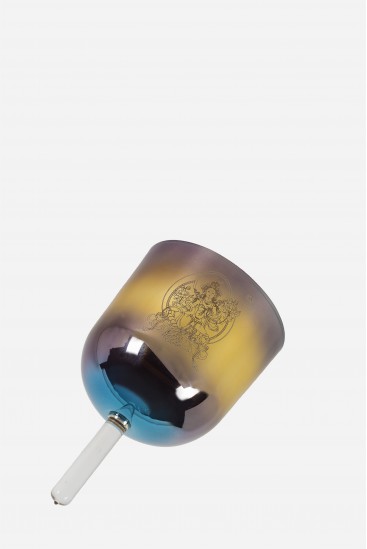 Cristal Vibrasons
T-GY-001
€639.00
The compassion of GuanYin or Kuan Yin as a sound coat of sweetness. Bowl with natural quartz handle colored by nanoparticles 8" in diameter to call compassion and mercy in your life. Engravings: GuanYin, awake to a thousand hands and a thousand eyes, is a Chinese Buddhist deity, listening to the complaints of the world to which she brings her help....
View 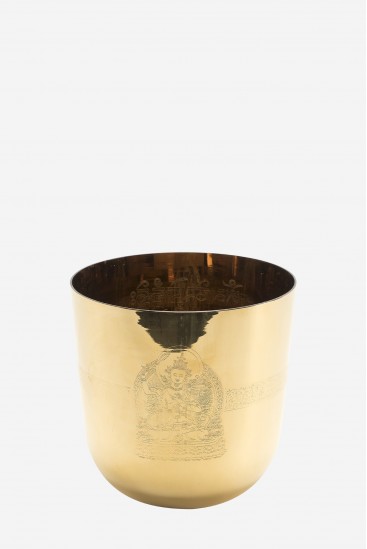 Cristal Vibrasons
€799.00
Peace is comming to transform and deliver any confusion that hinders The sound of the depths of the universal soul.​yourself. Natural quartz and 24K gold Bowl 8’’ (20cm) diameter for a deep sound Engravings : The Green Tara who "delivers", protecting deity of healing in Tibet and the mantra of Tibetan universal peace: Om Mane Padme Hung Deep sound...
View 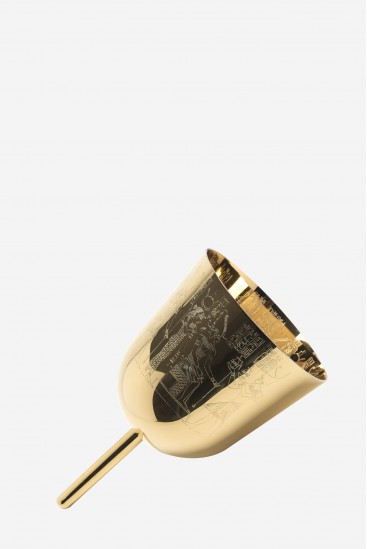