The Sound-Energy at the core of our cells

This article is an extract from Cristal’Académie, your online learning platform. In one of the modules, we explore the impact of sounds on the living being. This is a truly fascinating subject which is rarely dealt with.

We usually focus on man and the animal kingdom. It is often our first thought. It should be remembered, however, that there are highly interesting references to the impact of sounds on the plant kingdom, for instance.

A reference in the plant kingdom

Joël Sternheimer, to name but one, is a Doctor in Physics and a musician. He has put forward an explanation of these effects, which can be produced with molecular precision, from the sensitivity of plants to their sound environment to humans who can acknowledge the relevance for themselves.

His 40 years of research foresaw and indirectly revealed 3 key elements:

First key: The different levels of organisation of matter (inert or living) are linked by ‘scale waves’. These waves ensure coherence. This delves into a demonstration of quantum intricacy.

Second key: During the process of protein synthesis, amino acids emit sequences of quantum signals. These sequences form a melody which is specific to each protein. This is called PROTEIN MUSIC.

Third key: The audible transpositions of these melodies influence the rate of protein synthesis in real time, and therefore affect DNA through a form of resonance between successive frequencies!

Fascinating, isn’t it? In fact, since the dawn of time, sounds have accompanied and cared for living and human beings. This is why we speak of healing sounds! 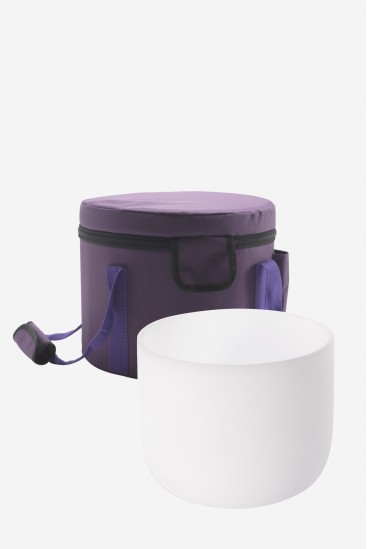 Cristal Vibrasons
SGT-001
€359.00
Practical and unavoidable for all people that move a lot with their crystal bowl! A Immaculed Crystal Bowl 10'' (25 cm) diameter (note to be chosen according to availability) A suede stick 1 mallet with ball + 1 pose circle A carrying and protective bag Your Initiation to the use of sounds "Apprenticeship Sounds" 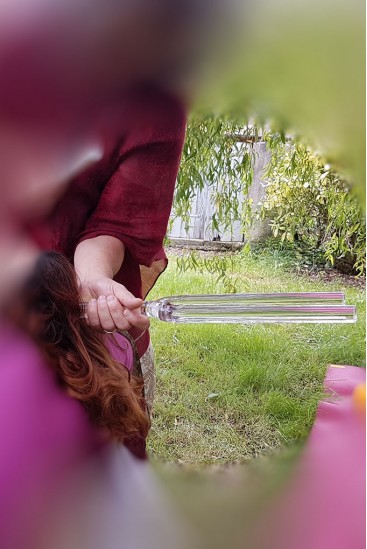 €200.00
2 days to share with the sounds and the energy of new vibratory instruments like the pyramid, the crystal holon, the big vehicle, the exceptional bowls and the quartz tuning fork Immerse yourself in the heart of crystal sounds and frequencies Practice with various vibratory and sound instruments for therapeutic purposes Live the experience of sound...
View